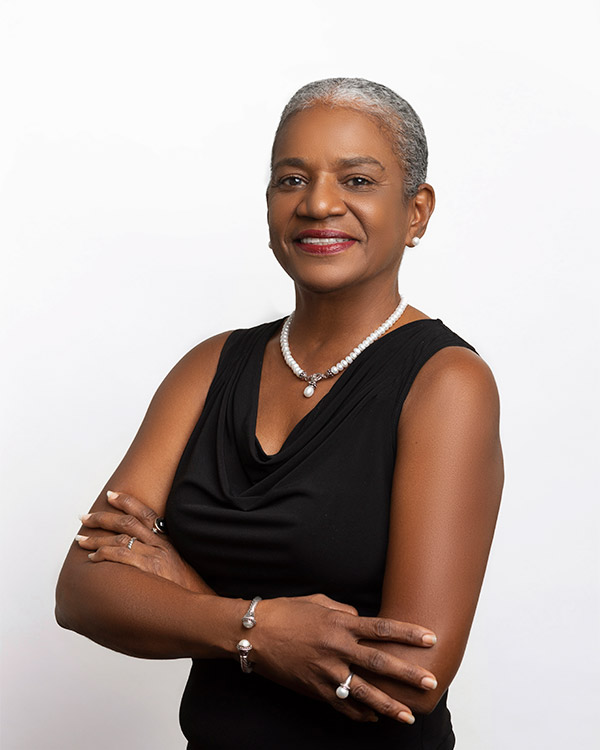 Dr. Patti L Symonette is a native of Nassau, Bahamas where she received her early childhood education. She attended St. Augustine’s College (high school) and matriculated with the Class of 1970, before graduating with top honors as the outstanding female athlete of her graduating class in 1971. Dr. Symonette represented The Bahamas in international competition serving on three national teams including volleyball, softball, and golf. She attended Howard University in Washington, D.C. on a full athletic scholarship where she received a Bachelor of Science in Zoology/Physical Education. She remained at Howard University to complete her Master’s of Science (M.S.) degree in Exercise Physiology and a Doctor of Philosophy (PhD) degree in Nutritional Sciences.

After completing her tertiary education, Dr. Symonette returned home and worked with the Pan American Health Organization as a Nutrition Consultant. She later worked at Doctors’ Hospital as Senior Vice President/Consultant project manager for the Western Medical Plaza. In 2004,Dr. Symonette founded The Wellness Center & Personal Training Studio where she currently serves as CEO.

In 2002, Dr. Symonette was appointed to serve as a Board Member of the Bahamas Anti-Doping Commission (BADC). During her tenure, she assumed responsibility for the educational outreach of BADC and served as a Doping Control Officer (DCO). After completing two terms as a Board Member of BADC, she continued in her role as a DCO where she had the opportunity to gain international experience as a DCO at the 2015 Pan American Games in Toronto, Canada and the 2016 Olympic Games in Rio de Janeiro, Brazil. In addition, she served as DCO in numerous national and international events held in The Bahamas, including IAAF World Relays, CARIFTA Swim Championships, Commonwealth Youth Games, and Medical Coordinator
including Doping Control for FIFA Beach Soccer World Cup Championships. She successfully directed BADC’s national outreach program in 2016 through a grant proposal supported by the United Nations Educational and Scientific Organization (UNESCO). This outreach program targeted 300 students, athletes, teachers, and parents and included workshops on the Islands of New Providence, Grand Bahama, Abaco, and Eleuthera.

In 2017, Dr. Symonette was re-appointed to serve on the Board of the BADC and in her current position serves as the liaison Board Member responsible for the Doping Control Program.